Is Montessori Right For Your Special Needs Child?

If you're looking for early education for your special needs child, a Montessori school may be just the option you're looking for. Montessori-style education has been around for a long time -- it dates back to 1907 when Dr. Maria Montessori opened the first school based on her methods in Italy. Montessori has thrived in recent decades, with about 500 schools in Canada as of 2013, according to The Globe and Mail. Montessori teaching methods aren't restricted to children with special needs, but this unique educational approach can give children who require special considerations or accommodations a chance to flourish.

The term "Montessori" can mean a lot of things, and no two schools are exactly alike. There are similarities, however. Montessori schools usually group children together in multi-age classrooms. This means your 3-year-old most likely won't be in a group of only 3-year-olds -- there will likely be older children, perhaps as old as 5 or 6, in the same classroom.

Montessori educators allow children to spend a lot of time working on things they want to work on, and much of the teaching and learning is done through hands-on play. You won't find a lot of modern, battery-operated toys in a Montessori classroom. There's a strong focus on sensory activities, which are offered in abundance, as Montessori educators believe children learn best by experiencing the world around them. Independence within limits is strongly encouraged and educators look for opportunities to address social and emotional learning, as well as general intellectual learning.

How Can a Montessori Education Help My Special Needs Child? 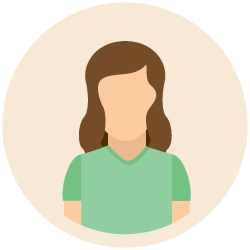 Welcome to my website. My name is Julia Linder. I’m the single mother of two young children ages two and five. I work full-time and have had to have child care for my babies since they were infants. I’m a firm believer in finding child care that provides a stimulating environment for toddlers. Of course, the number one thing I look for is a safe place. Then I observe the child care while children are present. I want to see how staff interacts with the children. Another important factor for me is that my children are well socialized. I’d like to share in more detail about finding the right day care for your toddler. I hope what I share proves to be helpful to you.